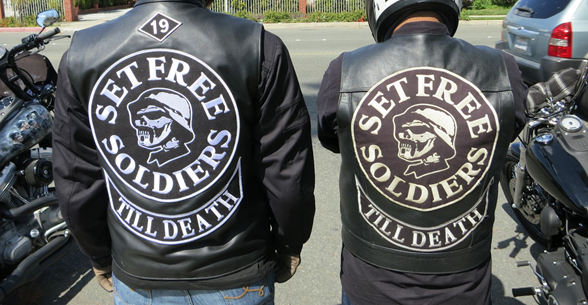 Patches are a very important part of every motorcycle club because it represents many things and they all have some kind of symbol that has a meaning behind it. They are placed on leather vests which have been used since the 60s. Usually, one worker does every vest for group members. Besides normal bikers, there are outlaw clubs that particularly ride Harley Davidson and choppers.

The number of bikers is really huge, so you can imagine how many biker patches exist. You can always use their idea for your jacket patches, and you can find their logos online with the meaning behind it. Everyone likes to have something that others don’t, so making your own design with patches is the way to do it.

A one-piece patch is used on the back of a vest or jacket normally implies that the wearer relates to a riding club or motorcycling organization. Those patches include such information as the club logo and name and in some examples, the location, and they usually show a group that is approved by the American and the Vulcan Riders Association.

There are some clubs where the rules can be very rough, and because of these rules, they have three piece back patch to stand out from other mainstream clubs. It can happen that the club member isn’t affiliated with a local club, so he will have “nomad” patch on the vest to imply his status.

There are also patches that resemble something good which bikers usually get after some peace rally. Also, there are charity rides, and there are also patches for such rides. In most clubs, you can see the flag of their country, but when someone rides alone or a small group they also have flags of the country their motorcycle is from. In some cases, they use their military rank.

Read more about it here: https://en.wikipedia.org/wiki/Colors_(motorcycling) 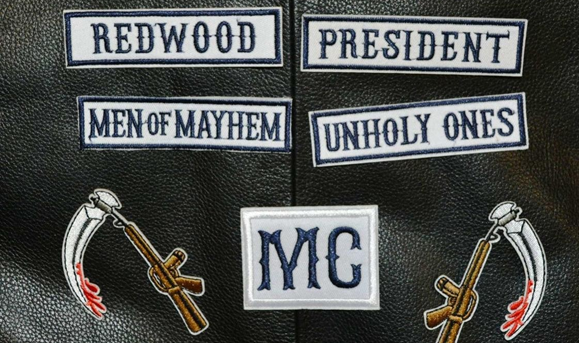 Vagos called the jackets that hold their patches “cuts”. Patches and tattoos are key to the identity of their club. Vagos logo is the Norse god of mischief called Loki. Colors of the logo are actually the colors of the Mexican flag, green and red. They are considered as a criminal gang, and the design they use has a demonic symbol.

An interesting thing is that they have separate patches for women that imply to the biker they are dating. Some of the members have the number 22 patched which stand for letter V. There are also patches in shape of wings that are for members that have sexual acts witnessed by other members. Click here to read more. 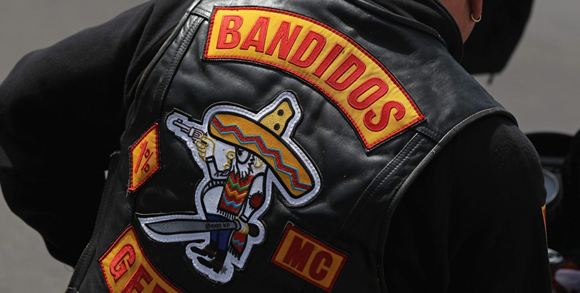 The design looks really cool, but you should never use it for your own because they are very notorious, and they won’t forgive anyone who wears it without permission. If you travel to Texas, you may see them because most of the members are riding there. That lifestyle can be very hard, so try to avoid it. Read more on this page.

Hells Angels are one of the oldest outlaw motorcycle clubs that was founded over 70 years ago. Their logo is a skull with a helmet that has wings and it is the most recognizable patch in MC world. An interesting fact is that they were formed by the military veterans that became outlaws.

They are located in California, and the patching system they use is very similar to what the military is using. The official colors of the group are red and white which are used on the jacket. They also use numbers 8 and 1 which means H and A which is the abbreviation for Hells Angels. 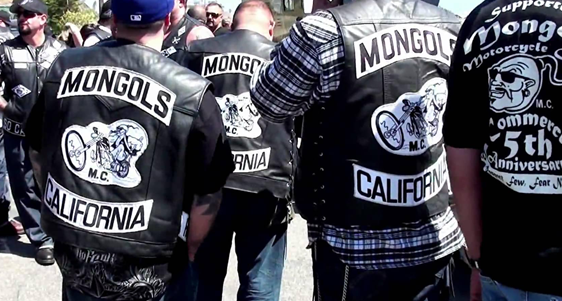 The Association of Recovering Motorcyclists

One of the clubs that every outlaw club doesn’t like is the association of recovering motorcyclists. As the name says, the club is meant for those who are trying to get out of the lifestyle 1{b343012cea5fa13a302a773250d631244ddfad0ef81e3309e1de80d600578115} are living. Their logo represents their standards which is a crossed sign with marijuana, bottle, and pills on it. On the top of the patch are initials A.R.M. and on the bottom, it says independent instead of a motorcycle club.

They are a peaceful group that has ex-alcoholics or drug addicts, or just want to be out of outlaw clubs. They don’t have ranks like most clubs, so you can expect to see just a logo on the jacket.

Mongols have about 1500 full-patched members that are ready for any action. Their logo is black and white with a Mongolian man riding a chopper. The logo looks like a cartoon character. They are based in California like many outlaw clubs, but you can find them in 14 other states. All of these clubs have criminal activity, and even if their logo seems very cool, and interesting to wear, it isn’t recommended to do so if they could be found anywhere near you.